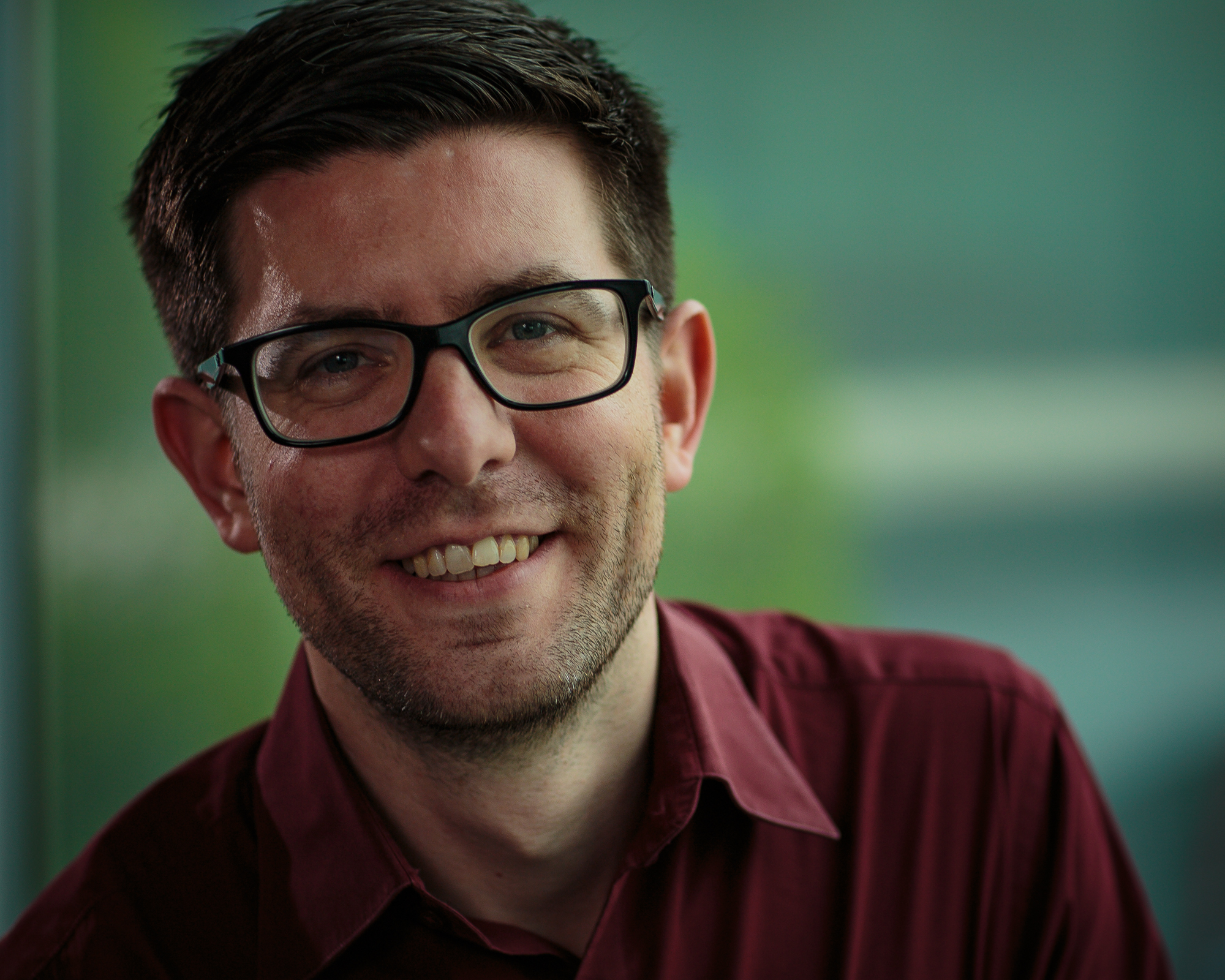 As a video producer at Cleveland Clinic, Jamie contributes to stories about medical innovation, the patient experience and what it means to be a caregiver. He also fills the role of director of photography for special projects. He was also part of the team that contributed to National Geographic’s “The Story of a Face,” which followed a patient on her journey through face transplant.

He holds a B.A. in Music from Capital University in Columbus, Ohio, and an M.S. in Photography from the Newhouse School at Syracuse University.

Since 2010, he’s filled a variety of roles at the NPPA Multimedia Immersion, and is proud to serve his third year as a co-director.

In the past, he’s done work for commercial, editorial and nonprofit clients, and his work at Cleveland Clinic has been recognized at the Cannes Corporate Media & TV Awards, the Telly Awards, the Communicator Awards and the Hermes Awards.

He lives in Cleveland, Ohio with his wife, Ana, and their son, Ben, and enjoys reading, watching old movies and playing the violin very badly. He also really likes pencils.