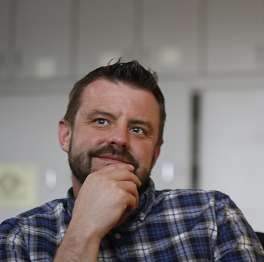 His work often focuses on human tragedy and triumph and has been honored by several organizations including Time, the National Press Photographers Association, Pictures of the Year International, The Northern Short Course and The Mid-Atlantic Chapter of The National Academy of Television Arts & Sciences, which nominated him for four Emmys and presented him with two in 2016.

He became the Multimedia Editor for the San Francisco Chronicle in 2017. The Louisville, Ky., native is a graduate of Western Kentucky University, where he earned degrees in Anthropology and Photojournalism. Wathen covered Western Pennsylvania for 16 years as a visual journalist for the Tribune-Review.